Juggling around the word and in history

For more than 4,000 years, men and woman have juggled all over the world. Regarded as entertainment during antiquity, we have evidence of juggling in the Far East as early as 200 B.C. In Japan, the Islands of Tonga, and even among the Aztecs, juggling was performed in ceremonies celebrating the Earth and its gods. In these cultures, jugglers used objects that represented the sun, the eyes of the dead, and symbols of health and prosperity. In the 18th century – the beginning of the modern circus – jugglers began to specialize within their discipline. Strongman-, comic-, and gentleman-jugglers all came into being and the artform began to develop rapidly. Today, juggling is seen as both a hobby and an artform, blossoming into a global sub-culture. This is thanks to circus schools, recreational juggling clubs, and the world-wide web. It has never been easier to learn to juggle.

The first trace of juggling is 4000 years old. Still, nothing proves that juggling didn't exist before. For instance, even animals juggle !
A juggling otter!

The bear that juggles a stick 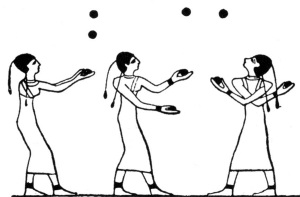 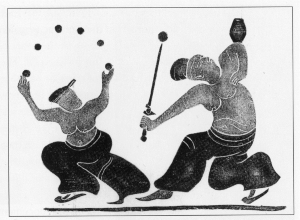 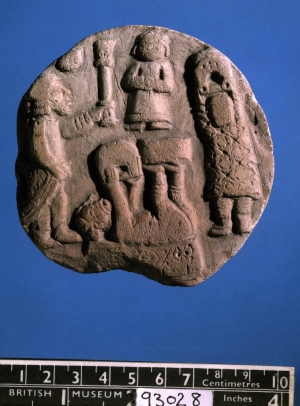 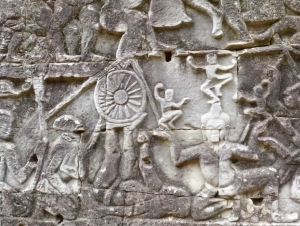 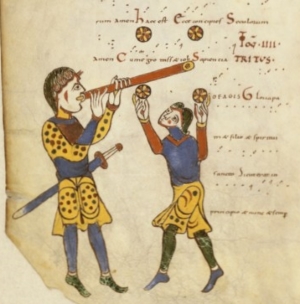 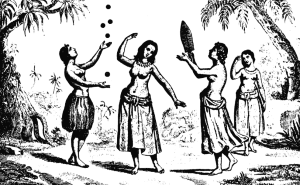 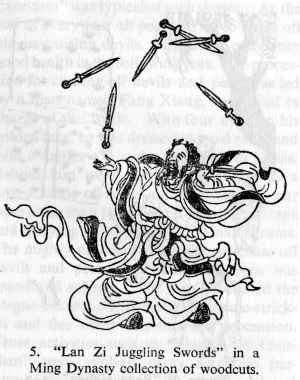 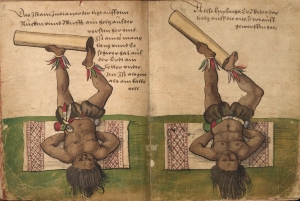 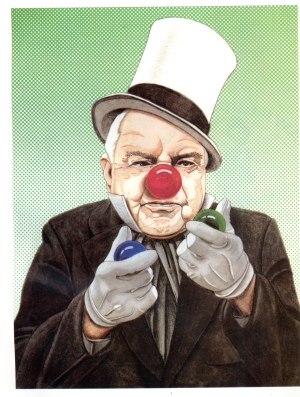 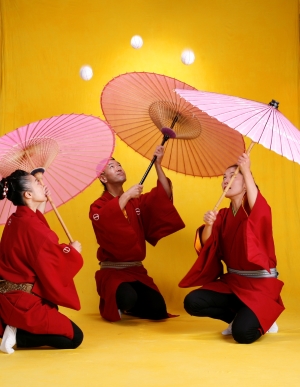 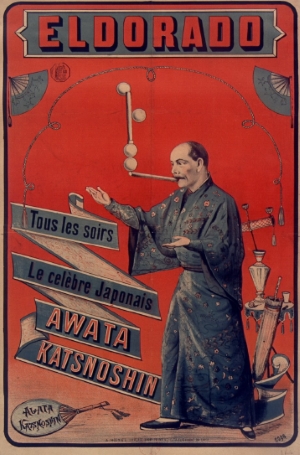 The word juggling comes from the French jongler, from the early Latin jocular, meaning “in jest.” In the Tongan language they call it hiko. In Spanish, a juggler is malabarista. In Japanese, the artform is called edo-daikagura.


In 200 BC, Xenophon describes a banquet where a woman juggled 12 rings.
In 200 BC, Xi Yiliao won a battle by juggling 9 balls in China.
The Irish hero Cuchalainn could juggle 9 apples, his sword, and his shield. It has been said that Tulchinne, another Irish hero, juggled with 9 swords, 9 silver shields, and 9 golden apples.
Lan Zi, in 500 BC, was rewarded by the Emperor of China for juggling 7 swords on stilts.
Barnabe, the Juggler of Our Lady, could juggle 6 brass balls with his feet while balancing on his hands. It is said that he could also juggle with 12 knives.
In the Talmud, Rabbi Shimon ben Gamlil (10 BC – 70 AD) easily juggled 8 torches.